This fine oak woodland lies on the west side of the North Branch of the Chicago River in the village of Glenview. Several different species of oak are represented here; red oaks are more prevalent closer to the river while white and bur oaks are more plentiful as you move west up the moraine. In the wetter upland areas, on top of the moraine, swamp white oaks thrive.

Harms is notable for its rich native flora. In late March or April, visitors can enjoy the earliest of our spring wildflowers, including such lovelies as toothwort, hepatica, bloodroot and trout lily.A little later, they may be treated to displays of wildflowers with lyrical names like yellow pimpernel, Jack-in-the-pulpit, spring beauty and golden alexanders.The site is unusually rich in native woodland shrubs. Native yellow and red honeysuckles bloom in summer; maple-leaved viburnum turns a gorgeous magenta in the fall; while a bit later the delicate yellow flowers of witch hazel grace the fall woods.

For bird watchers, Harms Woods is a great place to enjoy the spring and fall migratory seasons, as a great variety of warblers pass through. Visitors should also watch for the great horned owls, hairy woodpeckers, red-eyed vireos and yellow-billed cuckoos that are among the nesting birds of Harms.

Directions: Meet at the forest preserve Glenview Woods parking lot on the west side of Harms Road, just south of Glenview Road.
Get Directions > 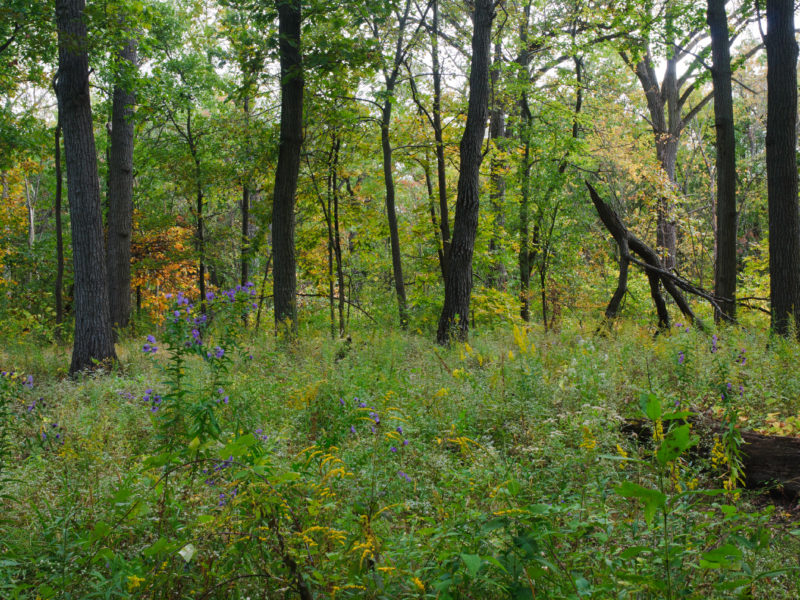 The North Branch Restoration Project is an all-volunteer organization. We are teachers, pipe-fitters, lawyers, business owners, pharmacists, and students. We welcome all who care about the natural land to join this exciting and rewarding work!